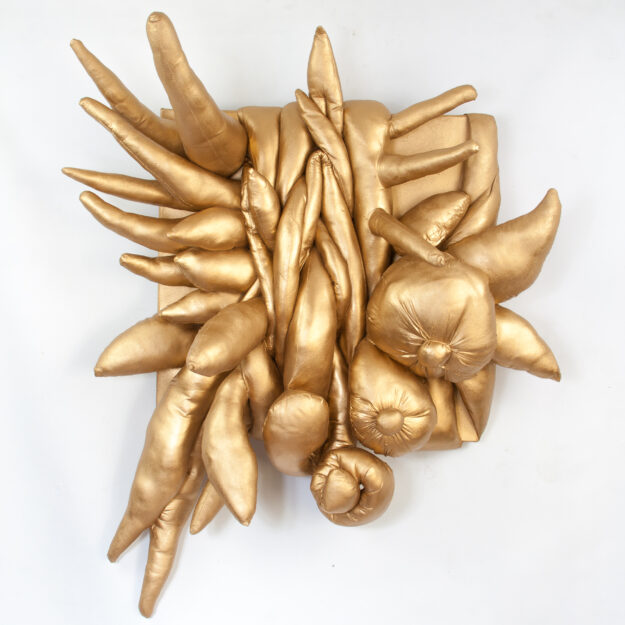 All my work in general deals with the question of identity, understood as the system of judgments about a person, culture or phenomenon. This question is generally treated from the prism of Caribbean popular culture, using the humor and elements of this culture, and such cliches formed about the culture, that when it comes from them, it builds images that simultaneously incarnate that reality, and question it. The ambivalence of genres is also a topic that is near to me, a game of illusions with the spectator, the doubt in the identity of a concept or an image, the phenomena that pretend to be one thing, but that are really something else or both at the same time. Although my work has a conceptual root, where the idea conditions formal elements; the sensory sense, the sensations that emanate from the forms of my work are fundamental to them. In my artwork I used to work with different media depending on how interested I am: painting, installations, sculptures, prints, ceramics; this, however, has been associated generally with the soft sculpture (sewn and stuffed fabrics), a technique that brings me closer to the craftwork of the popular cultures of the Caribbean, incorporating real chosen objects.