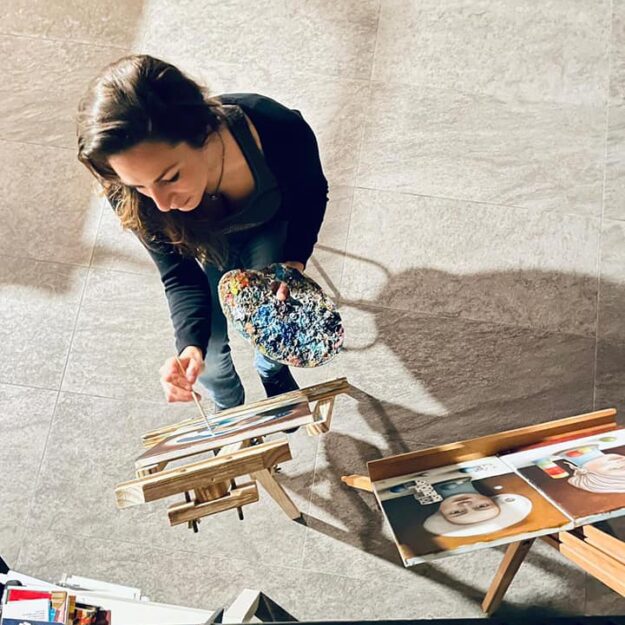 Orsini Federica was born in Bordighera (IM) on December 20, 1979. The subjects are projected into an imaginary that can be traced back to our reality only through the insertion of visual symbol objects, in an attempt to reproduce the mechanics of dreams, of the unconscious and subconscious, giving space to the emotion to project itself towards a research that investigates the space time the cosmos and thoughts, projected towards a harmonious vision of the whole. The painting is supported by intense colors and motionless scenic systems, silent visions placed beyond a time and space, influenced by the passion for Dechirichian metaphysics. The unconscious plays a fundamental role by focusing on a different "perspective" of reality, less apparent and tangible, no less revealed, impossible visions often arise. A world created by sensory impulses. An extension of the metaphysical mother messages that flow into our era in a more conscious way. The Metaphysical, the Surreal and the current Surreal Pop are sources of extreme suggestion and consequent influence. Technically, he prefers oil on canvas, rediscovering an ancient and natural flavor in it.