Özlem Thompson is a painter born in the big city of Istanbul, Turkey with an academic history in biology and a master’s degree in botany. Her scientific background in biology and botany as well as her familial roots in various places such as Armenia makes Thompson into a dynamic artist with access to multiple expressions of Self. Today, Thompson paints abstract masterpieces in the flat where Piet Mondrian made his art studio in Belsize Park.

“I think the value of an interdisciplinary approach to creating art comes from being able to use different references with an open mind. Studying biology added a new world of perspectives” – Özlem Thompson

Following the philosophy of thinkers such as Sartre and Freud, Thompson realizes that the meaning of life is to utilize one’s creativity. Next to Henri Matisse and Joan Miró, Kadinsky is one of her main influences, whose genius colorwork has made a great imprint in the realm of abstract expressionism that Thompson contributes to exceptionally.

“I don’t think I can place my art in any category. Maybe fauvism, but then fauvists mostly sat in a field or on a beach and painted what they saw. I don’t paint from a picture or object around me. I only use my mind as a tool of creativity” – Özlem Thompson

From drawing her first sketch at 5 years old, Thompson later presented her very own exhibition in high school using the techniques of shadows and light that she learned from her art teacher. Although she chose to pursue a scientific degree in university, Thompson found herself using the microscope as a medium for exploring and expanding her imagination – thus, studying art through science.

She started drawing single-celled organisms to understand life’s form, while exotic plants became sources of inspiration for potential colour combinations on canvases. Thompson slowly gravitated from coloured pencils to oils and finally the acrylics she works wonders with today.
“Organic forms and imperfections have always interested me: how nature shapes everything in round forms instead of straight lines” – Özlem Thompson

Every artist must at least once take the risk of a lifetime and for Thompson this meant leaving the academic world behind to pursue an artistic career in London. She successfully took part in exhibitions in Manhattan, Soho, Barcelona and Madrid – even contributing a piece to the “Covart Project” in Greece. As time passes, Thompson keeps growing her art collection, aiming for more representation in museums internationally as well as expanding her skillset to sculpting and fashion design.

“Being able to view Hilma af Klint’s work in the Serpentine Gallery, looking at Picasso’s Weeping Woman in the Tate Modern and creating art in a flat where Mondrian actually lived has made me believe everything is possible” – Özlem Thompson

On Gallerima, you can explore Thompson’s colourful and imaginative work which creates a unique language of its own out of something previously wordless. “Particles in Saturn” is just one of many canvases touched by Thompson’s brilliant abstract brushwork and electric mind.

“Pyramid of the Sun is a Tachisme style painting. The abstract expressional aesthetic of the painting allows the piece to be non-objective and emotional, conveyed mostly through its colours. The heavy lines draw the eyes from bottom to top, giving the illusion of looking up at a pyramid. The streams of colours coming out of the peak of the pyramid give the viewer the impression of the sun’s heatwaves. The almost overwhelming array of colours and details gives a very chaotic and organic feeling to the overall painting. It feels familiar, yet completely unseen before. Because of the non-specifics of the piece itself, the viewer has the ability to imprint their own ideas and emotional responses to the interpretation of the painting.”

“This work is concerned with the nature of space, time and the human experience of meaning in life.  We believe in the apparently linear direction of time, and yet we cannot explain how the interconnectedness of being links everything together. I tried to evoke a sense of mystery and randomness in the use of colour and pattern and the relationship between various areas, and although a boat or vessel is not clearly represented, there is a boat depicted, while I aim for the viewer to experience a feeling of movement and travel. It is a matter of interpretation. The viewer will create their own sense of what is real, what is the ocean and how it feels to sail in it. I tried to imagine strange objects in a different universe while painting extemporaneously and without planning. I chose a yellow colour to evoke positive feelings and energy. Silver helps introduce a sense of evolution, and the mushrooms are obscured and changing and are neither plant nor animal. Nothing is static but everything is changing and evolving from simplicity to more complexity.”

“Bold, energetic abstract work, I imagined how particles in Saturn would look like if we had a chance to analyse them.” 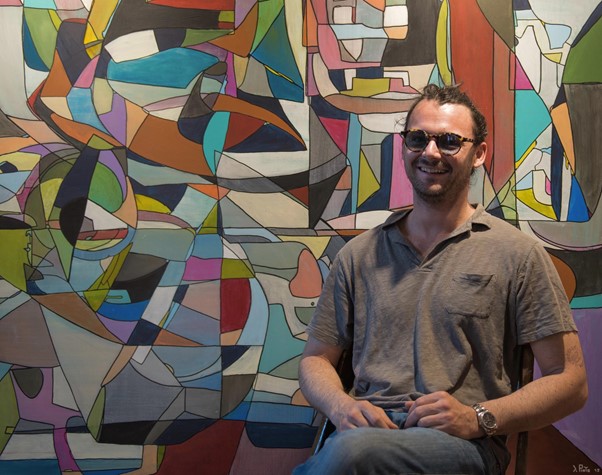 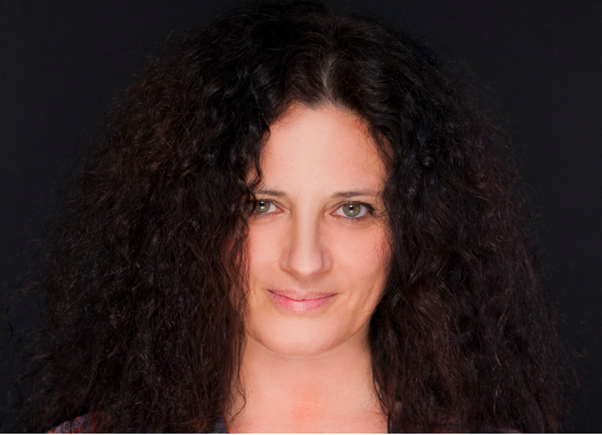